Exploring the Trend in Wireless Repair

Exploring the trends that will shape the next big business opportunities in wireless repair. Over the next 10 years, the wireless repair industry will drastically change as the Internet expands into the developing world, broadband speeds reach 4G and 5G levels and foreign manufacturers flood the market with lower-cost electronic parts and budget smart-phone models.

Smart-phone saturation will reach its highest point in the developed world. Rising disposable incomes and low price smart-phones will incentivize replacing instead of repairing damaged phones. And new technologies are making the latest smart-phone models near indestructible.

These trends among others will inevitably lead to an erosion of the wireless repair segment’s largest revenue generator: smart-phone repair.

Phone repair emerged as a significant vertical in the wireless industry. The amount of infinite products that will develop between 2016 – 2025 will introduce a whole new set of verticals for the repair industry.

McKinsey and Company, reports that IoT’s potential economic impact could range between $3.9 to 11.1 TRILLION a year by 2025, or 11 per cent of the world’s economy.

Repair professionals are uniquely positioned in the wireless industry to skyrocket revenues if they strategically take steps now to stabilize and future-proof their business.

The following report outlines the present and future of the wireless repair industry. This report is a roadmap wireless repair professionals can follow to generate new revenue as the industry faces substantial disruption from outside forces. 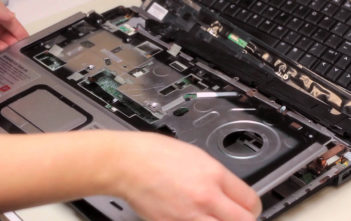 As many readers might imagine, the video game industry is massive. In fact, by 2019, the global gaming market is set to hit $93 billion.…

Often described as Segways without handles, or as a self-balancing scooter, hover- boards have become one of the hottest consumer gadgets since their introduction in…

Digital cameras similar to television sets, digital cameras (not including cameras in phones and tablets) also present an interesting repair niche. The market for digital…

By 2020, VR and AR will be a $150-billion-dollar industry. The main reason these two related technologies are seeing a resurgence is because the trends…

Over the last few years, growth in the global television set market has slowed, largely due to an over saturation of modern flat panel displays…

By 2019, the humble Bluetooth speaker market will be valued in excess of $7 billion worldwide. Similar to the wearables discussed above, the growth of…

By 2018, it is projected that hearable technology will becomea $5 billion dollar industry. This market growth also means that by 2020 hearables will represent… 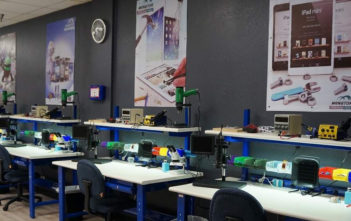 The vehicle industry recognizes that some consumers cannot afford or are not qualified to outright buy a vehicle. Instead of losing the customer, sales people…