By 2020, VR and AR will be a $150-billion-dollar industry. The main reason these two related technologies are seeing a resurgence is because the trends mentioned earlier (faster web speeds and cheaper electronics components) are finally making them financially viable to manufacture for the masses.

These devices will represent an entirely new medium and bring realistic and user-friendly virtual worlds to the mass market. Likewise, new models of AR glasses (think next-generation Google Glass or AR contact lenses) will also enter the mainstream, but not until the early to mid -2020s, since they still have some technological hurdles to overcome. 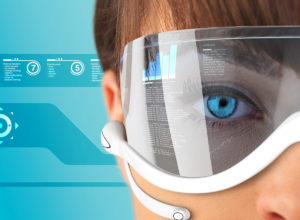 Overall, with their high initial price tag and delicate first-generation designs, these consumer VR devices present an
attractive potential repair market to enter between 2018 and 2020.

Better yet, a high percentage of the electronic parts found in these early VR devices have much in common with modern smart-phones—this means the learning curve to repair basic damage or replace defective parts in VR devices will be relatively minor compared to other devices